We Interviewed Erin Falconer, The Author of How to Get Sh*t Done

Maria Ruth interviewed Erin Falconer, the author of How to Get Sh * t Done and a mastermind of getting a lot of sh* t done.

Q. So, tell a little bit about your self, who is Erin?

I’m a Canadian living in Venice, California. I’m a new mom. A writer. An entrepreneur. And I’m funny.

Q. I saw that you had a varied career. And, that was a moment, on the beginning, when you almost give up Los Angeles and your dreams to go back to Canada. What did make you stay?

I was on a very fast track, academically, when I was young and yet I heard a little voice in me (that continued to get louder and louder over time) telling me to tap into my creative side. Listening to that voice, while I studied, I tried out stand-up comedy and writing and on the eve of accepting a position at Canada’s top law school, I decided to move to Los Angeles and really give this creative thing a chance. The problem was I moved without a plan. Years after moving to LA, I found myself with nothing – no car, no money, no career and it was really scary. I was forced to make a choice, go back to Canada or continue listening to this voice, that seemed to have steered me wrong. I decided, I would give it one more try – I mailed out 100 resumes on Craig’s List, got one offer – a $15/hour copywriting job at a self-improvement website – and I decided to take it. This time, however, I would create a detailed plan of what I really wanted, and how I could get it. I did just that, was very disciplined about it, and long-story short, I was able to turn that very small opportunity into something pretty cool.

Q. How did you figure out your ‘why’?

By listening to my inner voice – that’s the only source you need. It’s just very hard to access, when you have a lot of chaos and distraction in your life. Simplify. Find the time to be quiet, and focused on yourself (I love meditation for this) and the answers will present themselves to you. I promise.

Q. Do you believe in overnight success? What’s your opinion on that?

NO. Anything worth achieving doesn’t happen overnight. Success (at least long lasting success) is about the process and the learnings along the way. Things that happen really fast, tend to end really fast, because there is nothing learned and therefore no personal growth.

Q. Why did you decide to write a book specific for women on getting their lives in order?

After the failure of my catastrophic Los Angeles experiment, I vowed that when I found success I would never let it go. I did achieve success, but I never stopped for a second to a: acknowledge it or b: appreciate it. So what’s the point? When I was approached by a New York Lit agent to write my story, I truly though she was joking – it was in my reflection on her offer that I realized there was a problem with the way I was living (and many of the women around me) and that this great opportunity that the digital era is providing, specifically women, with flexible work hours, new careers, etc, was about to be squandered. So, I wrote the book. (and learned along the way)

Q. There are studies that show that women has more impostor syndrome than me. That has a lot to do with self esteem. What do you recommend to them?

Yes, especially in the work place. We’re actually relatively so new to the modern work place, and all of it’s infrastructure and rules are created by men for men. We are constantly trying to mold ourselves to a shape that will never fit. That’s why when we start to get traction we don’t stop for a second, because we think we’ll be replaced or that people will realize we’re not the real deal. I get it. But now, the digital era is changing these outdate hierarchies and it’s up to women to really step into their own power. Start owning who they are and being unapologetic for it. The only way we can do that, though, is by slowing down, finding a calm, clear mind and listening to ourselves. When you tap into it, that’s a power that cannot be broken by anyone – and reflects your true,

realized self. By definition, the psychological hold of the imposter syndrome is starved for oxygen and dies.

Q. What is your opinion about working hard and working smart?

Work smart. Always. Sometimes that will involve you working hard, but it isn’t the driving force.

Q. What do you think men can learn from women about productivity at work? And vice verse?

I have often been envious of a man’s ability to compartmentalize – to finish a project or task and move on without looking back. I feel as women, we’re never quite ‘done’ – always looking back thinking about how we could have done something better, or wondering what so and so thought about our work etc – this is exhausting, won’t change the end result and cumulatively leads to a frustrating life.

Q. What are the three pieces of career advices you would give to your younger self?

Check in with yourself at least once a year: Who am I, where am, how did I get here, where do I want to go. (too often we decide, at 18 years old ‘what we’re going to be’ and never look back to see how we’ve changed or grown as people. This is why so many people end up in mid-life crises, in my opinion. Always be in touch with who you are and what you want now.

Make a plan. Do all of the hard work up front to map out where you want to go. Generalities need not apply.

Get out of your head and take action. This is the only thing that moves the needle and too many people live in the safety of their heads or their intellects, scared to step out into life. Don’t fear life. Jump in. You’ve only got one. 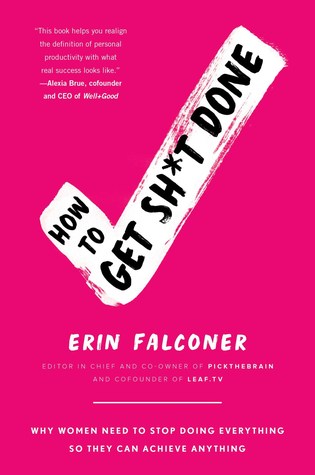